(Big eat small) Tic-tac-toe game, can you play it? 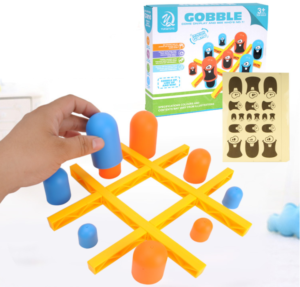 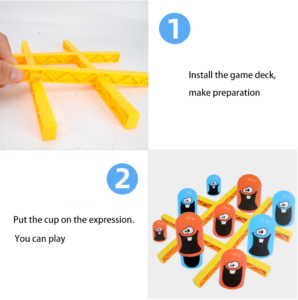 1.Pre-match preparation: Each player chooses a cup of one color and presses the smallest to largest.

Set them together in sequence (3 sets for each player), and only 3 large ones are exposed. While playing Only go to the outer cup. 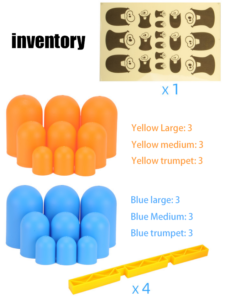 2. Goal: Arrange your cups in a line.

(1) In order, the player can put a new cup on the stage and send it to any plate. Space to move your own cup.

Use the big cup on your own plate to put on a small cup (The cup can be your own or opponent’s).

(2) The newly placed cup must be placed in the space on the plate unless the other party already has three cups.

Form a straight line, in this case, you can use a new cup outside the plate to cover these three of the cups.

4. Game over: The player who arranges his cups in a line first wins. A line in a row can be horizontal, vertical, or diagonal.

Have you learned it? 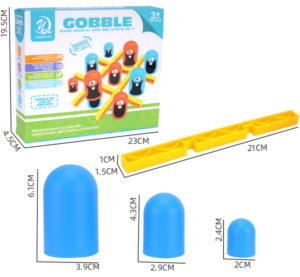 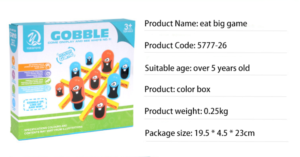 We ship Worldwide, including P.O. boxes and APO/EPO/DPO addresses.

Our goal is to offer you the best shipping options, no matter where you live. Each product requires some time for the construction and handling before we can ship. Most orders ship within 1 or 3 days. However, in peak seasons, shipment can take up to 7 business days.

When you order multiple products, the orders can come from different designers. In this case, it could happen that you will receive your products in different packages and at different times.

Below are the approximate shipping times for your reference.

We have received and fulfilled orders from over 50 countries across all the different continents. Outside the United States, customs can hold up a package for a number of days, because we work with E-packet, FedEx and DHL this rarely happens and if it does it will be handled efficiently.

close
close
Start typing to see products you are looking for.